Under The Covers goes to NY Comic Con

Hello maidens!  I can’t tell you all how excited I was to be able to get a ticket last minute to go to Comic Con, at least for one day!  So let me give you all a quick update.  I started out the day really early and was at the Javits Center 2 hours before the show actually opened.  Let me tell you that was not early enough, the line to actually get in was already massive!!!  So after standing in line in a cramped “basement” for two hours, along with hoards of people, we were finally let in!  By the time I practically ran to the Conan panel (which started at 10am) the line was already closed because the room would be over capacity!  So I missed the panel about the movie.  So next stop… pick up my ticket for my photo opp.  With ticket in hand the lady at Celebrity Authentics tells me to be back there at 1:30pm for the photo.

Started walking around the booths, and let me tell you there were sooo many vendors and so much cool stuff!  Of course I had a great time just looking at people’s costumes!  Some were extremely well put together.  However, I did not understand the massive fascination with Pikachu.  Maybe because I never got into it too much, but THAT was the most popular costume!  I would say a good 30% of the people seemed to be dressed up, which I thought was pretty cool!  My favorite though… and no I didn’t get pictures of any of those because I was running around… were the anime style outfits!  Those looked sooooo cute and sexy!  Even the steampunk outfits were crazy cool!  Definitely fun to see!

A couple of things to keep in mind if you are planning to attend the next one. You cannot do everything you want! It’s almost impossible. I only got to do one panel, and if I had done one more I would’ve missed signings or something else. There’s a lot of running around trying to be where you need to be at a certain time, a lot of standing in lines, and it’s chaotic to figure out where you’re going and navigate through so many people. So be prepared to go in a group so you can get more done and make sure you know in advance at least the times of the signings, panels and things you want to do and see.

No, there wasn’t a lot of time for eating or even bathroom breaks! LOL

OK but enough of that!  Let me tell you about the BEST part!  The books!!!!!  Books.Books.And More Books!  The people at the publishers booths were extremely nice, I got lots of free goodies from Harper Collins, Penguin Group and Del Rey (I know I’m leaving some out)!  Special author appearances by MY FAVORITE urban fantasy ladies included: Jeaniene Frost, Marjorie M. Liu, Kristen Painter, Patricia Briggs, Kim Harrison, Alison Goodman and Sabrina Benulis.  And yes I got to meet most of them!  Yay me!  Totally starstruck!  And yes, I got to even take a picture with our Author of the Month!  Check out my pics:

﻿Patricia Briggs
They were all so extremely nice and funny!  The panel We’re No Angels was a lot of fun!﻿  We got to hear how the authors started writing, the writing process, the editing process, the publishing process.  The way their careers have changed their lives!  It was a great insight into some of my favorite authors out there as well as a great of learning about authors I haven’t read before and now I can’t wait to dive into!  I loved that Marjorie M. Liu made the decision of leaving behind her career as an attorney to become an author and had to downgrade her lifestyle to do what she loved, even though she was a bit worried about what her family would think about her writing steamy sex scenes in her books.  Jeaniene Frost admitting that she’s a procrastinator with the Mañana Syndrome.  Kim Harrison admitting to not being afraid of writing crap and then throwing away a bunch of chapters that she wrote until the story started really flowing and coming to her.  Sabrina Benulis being influenced by anime and manga, I’m very curious to read her book now.  Kristen Painter was just so much fun!  Alison Goodman made her decision of becoming a writer when she was in college and it took a while for her family to accept that but they finally did; and how cool is it she was there all the way from Australia?!?  Patricia Briggs was amazing to hear, a lot of fun and I loved that she told the story about her husband calling her one day complaining about his job and she told him “You can quit now!”.  They also talked about the difference in the styles of writing between male and female writers in UF and talked about favorite authors, Diana Gabaldon being one mentioned often.  And my favorite question from the audience… a guy that actually admitted he reads romance novels and wanted to know why the men are always so alpha!  😉  Response, women like to read about the tortured alpha males, that are alrger than life, and the woman who can fix them.  I also got to meet the artist of the Dark Swan graphic novel, he was extremely nice!
I got a lot of free goodies!!!  Thank God I dragged my boyfriend along because he was carrying about 3 totes worth of stuff around for me, as well as standing in lines while I was in others so I could get everything done.  Isn’t he sweet?!?!
So you want to take a pic at my loot?

And yes…. you might be wondering about a certain picture there on that table *sigh* You know I love all the authors I met and heard speaking, and I got a lot of goodies, and all that was fine and exciting…. BUT, and please don’t hold this against me, the best part of the show was Jason Momoa!  That was the photo opp I was talking about before, so let me finish the story.  I go back at 1:30 all excited to take my picture, and they’re taking pictures with Rose McGowan.  So I asked what happened to Jason Momoa and they tell me his slot was 11:30 – 12:30.  So I started freaking out until someone there took pity on me and told me they would bring him back to take my picture!!!  Don’t I just feel special?!!?  So even though I had to wait a little extra, meeting Jason Momoa and having this picture makes up for ANYTHING else, and yes this was my favorite part of the show!  *wipes the drool off the keyboard*  I was very proud of myself I could carry on a conversation with him, even as he was looking me in the eye, holding my hand, and speaking in his low sexy voice!  You just want me to stop talking now and show you right?

Jason as our Hottie of the Week (in June) 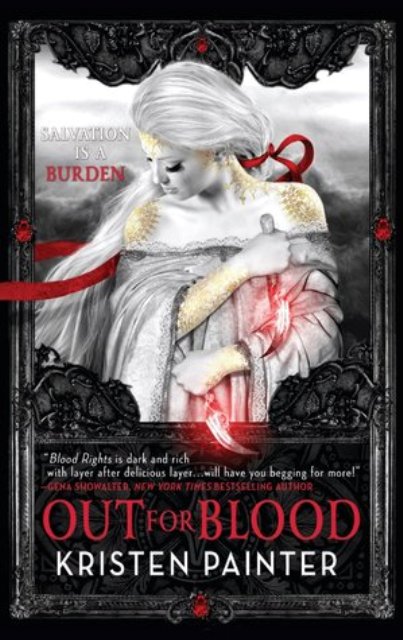 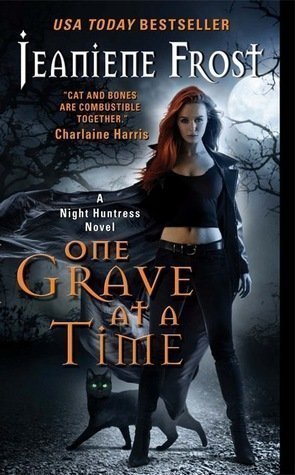 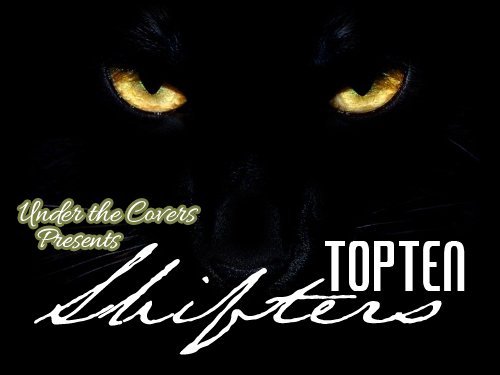 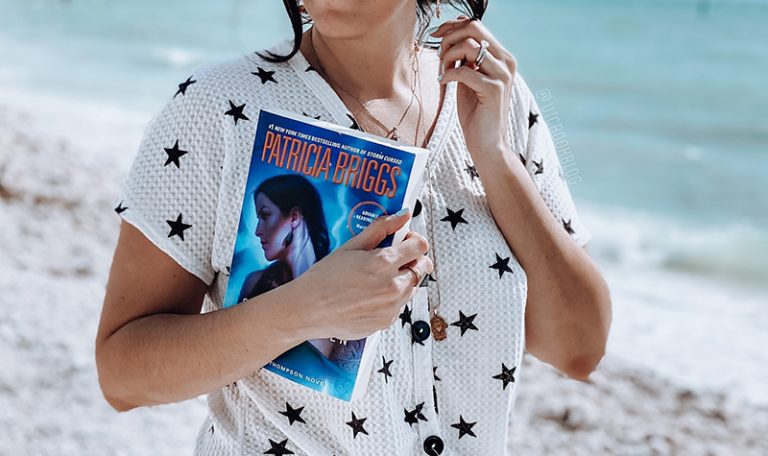 I’m so jealous of all of you able to go to Comic Con! =DDDDDD

Sounds like a good time, a dear friend of mine was at a table signing away. Melanie Nowak author of the Almost Human series. I know she was excited to be there.

I am so jealous you got a pics of Jason Mamoa! And Frost too!!! I totally going to cut ur fce out and put mine! Muahahahaha

I can hear Annie screaming for her home at Toronto when see your pic with Jason Momoa, Fran. *grin*
But, I’m jealous too here. I hope someday I can go to ComicCon =)

Looks like SOO much fun Fran! That’s so awesome you were able to go. I’m so jealous of your pic with Jason Mamoa! Sooo sexy. 😉

So many great authors, tons of fun stuff….and hot hot hot Jason Momoa! What could have been better?!?!

Hey everyone! It was such a great time! I definitely want to do it again and if you ever get the opportunity to go to one DO IT!

@Jen, big is not the word, he is huge but soft *GRINS* WOW doesn’t even begin to describe that man! *SWOON* Perfection!

@Sarah, that pic is now my wallpaper at home and work. My precious!

OMG you are so lucky to get a pic with Jason Momoa and talk to him and look into his eyes and OMG am I drooling now!

I swear I ALWAYS picture him as a Lord from Gena Showalter’s Lords of the Underworld series especially as Maddox with his hair down. GOD he is so tall and SO BIG like the way the Lords are described! 😉 YUMMY!

I’m taking a page from Ang’s book and cutting out your face, France! Heelloo, Jason!

Wow, you get free stuff? 🙂 Too bad we dont have comic cons here in India!

OMG France, you look amazing and I hope you had a great time. Thanks for giving Mr Momoa my number 😉

@Tyraa, Look and feel… that chest was very soft and cushiony 🙂

@Deepali, most of the stuff in the pics was free BUT I did end up buying some of it.

@Myth, thank you!!!! But babes, you know I love you, but the only number Mr Momoa took home with him was MINE!! LOL 😉

Awesome swag! I was in the same We’re No Angels panel. That was my fav panel of NYCC! I didn’t get to make it to every signing (had to share time with things hubby wanted to do), but it’s a great time for anyone who can make it. Much better book swag and SDCC.

OMG!! You’re soo lucky to get a pic with Jason Mamoa…he’s so damn yummy!!! I woulda been super stoked to meet Jeaniene Frost…thats soo awesome! I got tix to comic con here in Chicago…I hope its a good here as it was there!!

When in need for legal help it is wise to always go for professionals with high credibility.