Under The Covers is happy to be participating in the 18 & Over Book Blogger Giveaway Hop from Sept 15 – 18.  This hop is hosted by Bitten by Paranormal Romance and Reading Between the Wines Book Club. Make sure you visit their site to hop on to other wonderful blogs during this event.  And now…

Moira Rogers is here at UTC! Everyone scream! Yup, we are all excited to have them here with us. In a time when paranormal is all the rage, Moira Rogers manages to make her books stand out of the pack! For more information on Moira Rogers, please visit their website here.

Let’s get started, shall we? The anticipation is killing me! Your Southern Arcana series has shapeshifters, psychics and spell casters. What was the inspiration behind this series?

Nick and Derek are a great couple who know they are destined to be together. How do you ensure that readers feel the chemistry between them?

Donna: Actually, the hardest part about their relationship was finding a way to convey that certainty to readers. Bree and I were so familiar with it, we just sort of took it for granted. Then we turned in our final manuscript to our editor and she basically told us to fix it. LOL We’d glossed over everything that showed them growing closer together. So we tried again, and were very careful to show those tiny moments where nothing really happened, per se, but they were still falling in love.

You have the best collection of covers! Which one is your personal favorite and do you have a say in what gets put on the cover of your books?

Bree: I think Deadlock is my favorite Southern Arcana cover. And we do get a fair bit of input. Our artists, our editor and Samhain have been really supportive of us in keeping a feel and theme for these covers. We want the Southern Arcana covers to look cohesive together, and I think they do!

What intrigues you about the paranormal enough to write about it?

Bree: Everything! I know that’s not a very useful answer, but I love it all. I love the monsters, and the chance to part from human cultural norms and morality, and even the chance to explore themes like prejudice and sexism from an alien perspective.

What does a typical writing day look like for you?

Donna: I have two young children, so there is no typical day! Now that they’re both in school, though, I’ve fallen into a bit more of a routine. I drive them to school, then call Bree on my way home so we can plan and strategize for the day. When I get home, I usually throw something into the CrockPot for dinner and then head to the corner of the kitchen that serves as my office to get to work.

Is there another genre out there that you wish you could try in the future?

Bree: Maybe psychological thrillers or suspense–but I’d still want the romance. Actually, if there’s one thing I really want to try, it’s writing in a serial format. But we haven’t found a project and method that work for us with that yet.

Who is your favourite heroine ever?

Bree: Hmmm. I think it’s a toss up between Hope, from Kelley Armstrong’s Women of the Otherworld series, and Savitri from Meljean Brook’s Guardian series. Though I love so many of the heroines that those two authors write that it can be hard for me to pick one.
Who is your favorite author and what is it about your work that resonates with you?
Donna: Stephen King will always be my favorite author. In a way, I think what he does with horror is the same thing we do with the paranormal–he tries to find the common and mundane in it, because that’s the part that makes it believable and scary, the things people can recognize from their own lives.

What makes a perfect alpha male?

Bree: Honestly, I don’t know! I see so many different definitions of “alpha male” that I am never sure what it means in a general context. If you mean a perfect alpha werewolf male, I think it’s someone who takes responsibility for the safety of others very seriously, who puts the welfare of others before their own wants and needs, and who never abuses their strength and power out of selfishness or blind arrogance.

Paranormal is all the rage! How do you make sure your supernatural creatures stand out among the crowd?

Bree: My main goal is to try to make my supernatural creatures fully developed characters, whether they’re the hero or heroine of a book, or will only be appearing for a few paragraphs or even a single line. I don’t know if it works as a strategy, but it’s the one I’ve got. 🙂
If your life was a TV show, what channel would it be on and who would be cast as you?

Bree: I don’t know if they have a TV station mundane enough for my life, but I think only Tina Fey could truly capture my immense awkwardness.

Thanks for the interview!

Moira Rogers is graciously giving away the first three books in her Southern Arcana series! This includes Crux, Crossroads and Deadlock! Open to everyone! Good luck, guys! 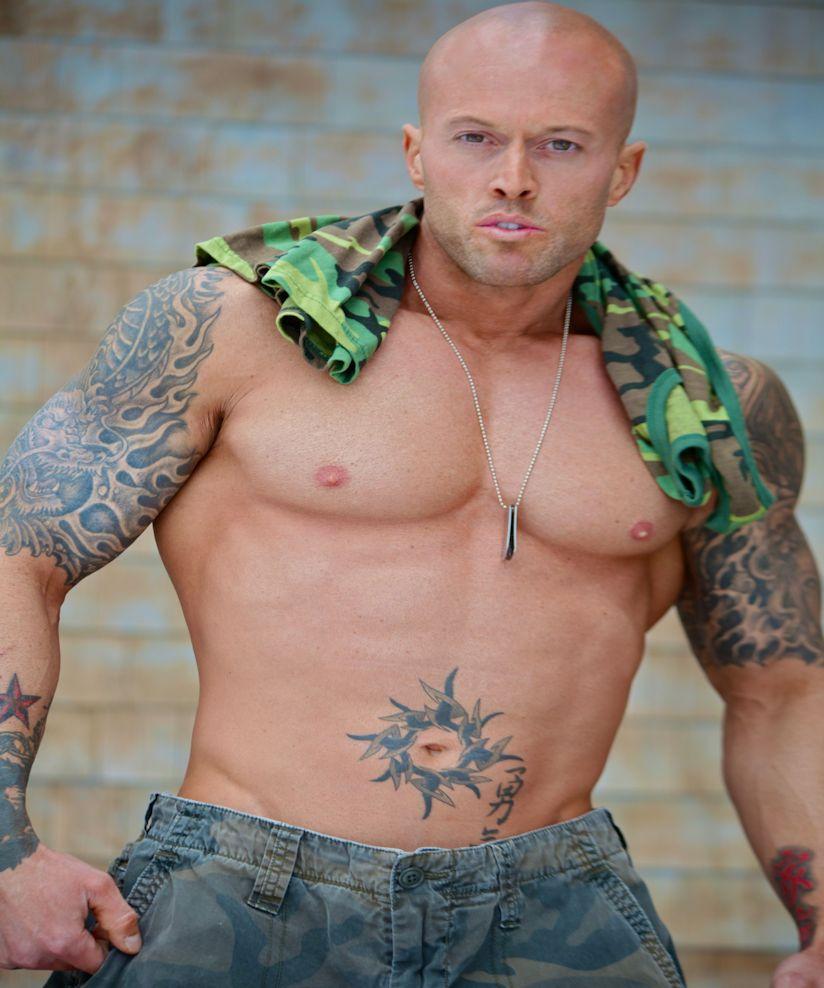 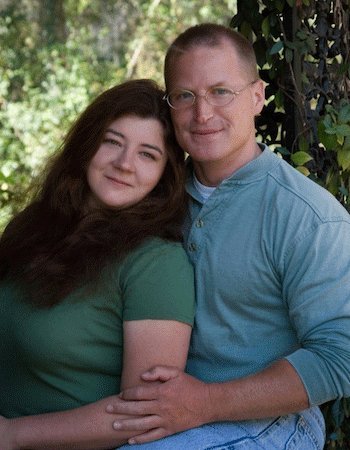 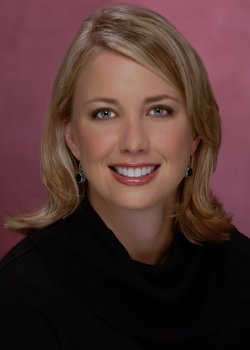 As usual, you girls have the best giveaways!
And I definitely enjoyed reading this interview!

Interesting interview. I always love to know what inspires an author. Thanks for the giveaway.

What a great interview!!! I’m new to Moira’s work!! Her books sound very intriguing!! Added this series to my TBR list!!! 🙂

I’ve heard so much about this series and have added it to my to read list. Great interview.

Great interview. I really need to read some of these books!!!

Good Luck to everyone on the give away!

I am new to the work of Moira Rogers…but I would love to start reading her work. Thanks for the giveaway!!!…lprater@modweldco.com

I agree with Bree. I think the cover go well together!

Great interview, great giveaway! I LOVE paranormals…this series sounds right up my alley! Even if I don’t win…I’m putting them on my TBR list for sure!

what a great giveaway! I’d love to read these books! Oh, I’m also crazy about Stephen King!!!
thanks for the chance!

Great Interview! I have added these books to the top of my tbr pile 🙂 Thanks ladies…

Awesome interview. How in the heck did I miss this series? OMG…I love the covers and they sounds fabulous…must read!!

Thanks for the chance to win.
jennifer(@)fictitiousmusings(dot)com

I have been wanting to read this series for quite awhile what I find fascinating is how two writers work together.

Stephen King is my favorite author of all time, too! Good taste 🙂 Awesome interview!
jwitt33 at live dot com

I love Moira Roger’s books. I want this series.
Thank you for the chance to win.

I haven’t read any Moira before and now I know I need to! Thanks for the interview and give away.

I have not read any of this author’s books before but will definitely need to. I have found some great series through blogs so I am always open to suggestions. Thanks so much.

Love learning about new authors. Also love hearing about where they get their inspiration from. Great interview!
Thanks for the chance to win!

Cool interview and what a generous giveaway. :o)

Thanks for this opportunity. I’d love to start this series. Sounds like my kind of books. Thanks for the interview.
Carol L
Lucky4750 (at) aol (dot) com

I did not know that Moria Rogers was actually a pen name for a writing team like Ilona Andrews. I love both of their personalities and how the seem to complement each other. The interview was very informative and enjoyable. I am fascinated about the writing process but add two minds to that process & I am on a completely different plane on intrigue.

Thanks for the opportunity to win the giveaway.

Thanks for joining the giveaway, and what a great prize. I love finding new authors in one of my favorite genres. I would be thrilled to win.

Thanks for both the interview and the giveaway. I’ve added the books to my book wish list.

I agree that a well developed character is the way to stand out, whether paranormal or otherwise. Thanks! Gloria

Great review! Stephen King will always be one of my fave authors as well, even with my addiction to paranormal romance!

Great interview. Moira Rogers is a new to me author but I’ll be adding her to The Pile. Thanks ladies!

Great interview. I haven’t read any of Moira’s books, so I hope I win. 🙂

i liked the interview and i hope i win the giveaway ^^

What a great interview thank you so much for sharing! These books sound great would love to read them thanks for the chance!

I agree about the perfect alpha werewolf with one exception. They must also be strong enough to defend every member of the pack including their second. If they cannot defend each and every one, they should not lead.

Thanks for the awesome giveaway! And yes, Moira does have great book covers! Very eye catching!

I have never heard of this series, but I have added it to my TBR list!

What a great interview and a great giveaway!!! Thanks!

This books sounds awesome. I’m still getting a little bit used to reading this genre, and feeling secure lol, but I can’t help what I like 🙂