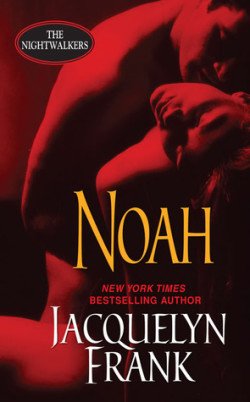 Another book, another beautiful woman! Do I sound bitter? maybe. I long for a heroine that has some kind of physical flaw, instead of iridescently beautiful sugar white hair and perfect skin, I long for a blemish, some slightly adorable crooked teeth, hell I wouldn’t even mind a bad haircut, or a bad hair day! Alas it is not to be, and all of us average looking, need-to-lose-a-few-pounds women are doomed to never be loved by a Nightwalker. Like I said I may me slightly bitter.

Okay, now that little mini-rant is over I can actually ge on with the review! I have mixed feelings on this book, in some respects I liked it more then the previous two, whilst in others I was a little disappointed. What I liked a bit more then the others was the romance, although it still have the over wrought and over long writing style which makes me feel like I am on a steady diet of sickly sweet it also had something a little different. Kestra seemed to resist more then the others and didn’t give in almost immediatly to the Imprinting instead of a few days it took a few weeks which in Romanclandia is a really long time! But I liked it, I liked the push and pull between them. Of course she fell, and who can blame her with a sexy demon like Noah after her?

Noah; loyal, comassionate, stong and steady and god damn hot in more ways then one. As the only male Fire Demon and the Demon King he has a lot of responsibility and power; power he uses selflessly for the good of his people. But after seeing so many of his friends and family Imprinted he wants that for himself before it Beltane drives him out of control. I like Noah a lot, he isn’t my favourite that great honour goes to Jacob, but he definitely gets second place! I liked the relationship between him and Kestra, the gender roles seemed to switch with Kestra being the aggressive and military minded and Noah being teh compassionate one who would always strife for peace. Don’t get me wrong Noah was still alpha and RAWR about his woman, but he tempered that with control and gentleness, it was niceto see a male with such a soft side that ge displayed fairly openly.

What I didn’t like about this book so much was the way the Ruth and Nico storyline was pushed aside I want to know more about what they are doing and planning next. Instead we had rougue vampires to contend with, which although exciting I was looking forward to more the driving of the main plot.

As you can probably tell from this review and the others is that this series isn’t one of my favourites but I have enjoyed it so far and I am looking forward to the release of Adam.

Good review! I got to meet Jacquelyn Frank at RomCon, and I am so looking forward to Adam! Book Savvy Babe

I don’t know how I’ve missed noticing this author before – I’ll certainly be paying attention now!

Good review chic! Sorry that your not too impressed by this series.