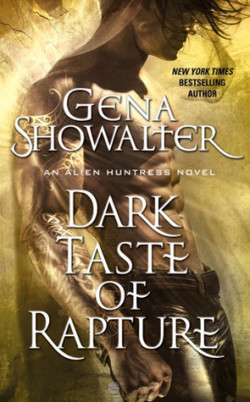 How do you like your heroes? Tall, muscled, strong, tortured, tattooed, oh-so-sexy, with golden eyes and . . .dimples! Is that close? Well then, meet Hector Dean. I mean, just take a look at the cover. He is edible!! And to make the cover justice, the man you will meet in the book is a fantasy come to life!

This book backtracks in the storyline to when Noelle and Ava go into the AIR agent training. And really, how can they be expected to concentrate on training when you have Dallas and Hector as your instructors? The connection is instant between Hector and Noelle but there are so many layers to their relationship that need to be peeled back from there. And it’s a lot of fun to see it happen.

Hectors past was very hard, and his present is a major thing to deal with. Although he is human, his arms heat up and can burn through even metal when he gets aroused, angry, or any strong emotion. Great in a fight, not so great around a girl. But he is intense!!! Hot in more ways than one!! I wouldn’t mind going up in flames with him. . . At all. . . He’s worth it!

And then there’s Noelle. She is my favorite heroine in this series. She can be funny, snarky, a bit spoiled. But she hides behind a mask and inside there’s a girl who has never been good enough for anyone, not her family, not her boyfriends. The only constant in her life is her friendship with Ava. Their loyalty to each other is amazing! But now she is getting married. I loved seeing their friendly interactions, her sadness at losing her friend or so she thought. They are hilarious together, they get each other in all their quirkiness.

But Hector sees through Noelle’s act as well. He knows there’s more to her than she lets on. And when Noelle really starts pushing the boundaries of their relationship, well I just love how he gives in to his desires and passions 100% and as much as he can. Even though he fights going further.

We revisit the alien trafficking storyline in this book instead of the Schon queen. She was completely absent here and I just wonder what happened with her. We do get somewhat of an answer to Dallas vision but there is still an open question about it at the end. I think I just heard Dallas saying he is ready to have his book written. And since I’m on the Dallas subject. . . He is so cute, trying to put his “best moves” on Noelle. It was hysterical. I gotta admit I’m jealous though!! I want to be Dallas’ pretzel!

And just as we had best friends forever Ava and Noelle, we also see a small glimpse of my favorite bromance: Devyn and Dallas. I’m soooo on Brides side when Devyn mentioned that she wanted them to kiss like Noelle and Ava had done. *purrrrr*

Pretty much the whole cast shows up in this book. We also see Jaxon and Mia as well as McKell obviously. Together, AIR solves a case of missing girls aaaaaaannnnmnnd in the process a blast from the past character reappears! No, can’t tell you who it is. You’ll have to read to find out. But I’m sure this will play a big role in future books.

So what are you waiting for? Pick up this book, or if you haven’t yet, start this series!! You know you want to see Hector burn holes in brick walls, burn through gloves and burn down a house!!!!

Speaking of funny looks. “Did you see the way that Hector guy eyed me up and down, as if I belonged in a scientific studies magazine for newly discovered fungus?” “Yeah, but did you see his muscles?” “How could I miss them? His I’ve-tasted-human-heart-and-liked-it black T-shirt was strained to the point of lunacy.” “Vocab lesson time. You mean lewdness. As in, indecent.”

The T-shirt was a gift from Ava and read Good Girls Need Spankings Too.

“Hey!” Dallas frowned at him. “When I tell you something’s a secret, and you tell me that secret is locked in the vault, you aren’t supposed to blab about it.” Devyn blew him a kiss. “How was I supposed to know Hector would have the key to my vault.”

I just recently finished this book too. I had a hard time putting it down. I LOVE Noelle! She definitely is one tough cookie. I love how she knocks out Hector in the book. LOL
I can’t wait to see what Gena Showalter comes up with next…especially with a specific character coming back in play. It’s going to be really interesting. =)

I just finished this today and I <3333 it. I think Noelle and Ava are my favourites in this entire series. The smartass banter back and forth is hilarious "No I asked you if you took my granola bar". I just wish their storylines could be drawn out like Dallas's storyline. Can't wait for the next book!!

Love love loved this book. Definitely best book in the series IMO. Can’t to see how she’ll top this book because I loved it so freaking much. Hector is divine and Noelle kick ass yet vulnerable. GAH. Love it.

I think she’ll do a wonderful job with the next one. Every book in this series has been better than the last one, and when I thought McKell couldnt be topped, Hector comes along. So Im sure itll be great!!

Great review! I’m really behind on this series but need to catch up

Thanks Maria, yes catchup it just gets better and better with each book.