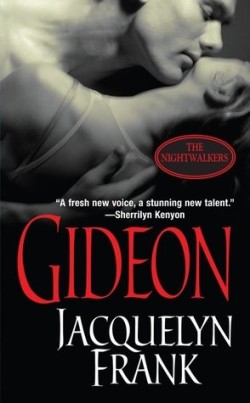 I was so ready for Gideon’s book after reading Jacob’s, Gideon is the eldest of all Demons, but of course still mega hot so don’t fear there are no saggy man bums and wrinkly…other things! As the eldest, an Ancient, he is the most powerful Demon, but he has been living a solitary life as a self infliced punishment for the wrongs he committed in his long past. That is until Legna, the Demon King Noah’s empath sister comes along and totally rocks his world.I wanted to like this much more then I actually did I preferred Jacob’s book, mainly as I didn’t warm up to Gideon. He was at intially too distant, cold and arrogant (but not in a sexy way!) and although he did warm up and let his emotions out eventually I was stuck firmly in the meh camp complete with big cheery fire and toasted marshmallows. Another thing as well which kinda bugged me, the one of the big reasons he felt he didn’t deserve Legna was because he encouraged and helped commit an atrocity and he feels intense guilt and regret about it and I was thinking YES! You should feel guilt and regret you committed geonicide, granted it was 900 years ago but still the Druids are no less dead. I mean he was forgiven but it niggled me.

I did like Legna though, probably more then Gideon, she was a good character and I liked that she wasn’t scared to tell off all the strong alpha males surrounding her.

What I liked most about this book and what earnt it most of the stars was the progression of the main plot regaring the Hunters and Necromancers that hunt not only the Demons but all the other Nightwalker races. An act of betrayal with in the Demon ranks made the Necromancers even more dangerous in this book and although it is obvious who it is, it was still a good twist. We also see a little bit more of the other Nightwalker races when the Lycanthrope Queen Siena and the Vampire Prince Damien show up, we especially learn more about the Lycanthropes and I like that the shifters are a little different in these books.

I did like this book, a few places had my eyes rolling and I have mentioned my Gideon issues, but I will be on to the next book as I do like the series.

I love this series, and I just won a signed copy of the next installment. Woop!! So excited!!

This was my least favorite of this series,(I do love the series tho.)I can wait for Elijah and Damien to come out on audio, I’m definitely getting those the day they come out=> hot, hot
Great review, it has been a while since I read it, I was going to download it, but there are so many good books coming out on audio, the choices are getting hard.
I love to hear your thoughts about Dragon Bound

I was like you, I really wanted to like Gideon more than I actually did. I think maybe if Legna had made him crawl and grovel more it would have made me feel more sympathetic. He needed to be humbled more I think. Good spot on review.

Well done Madame D! I can’t wait to read that, although I still have no idea who Adam is!

I am reading Damiel now and just finished ELijah (review coming soon!) and although not thrilled Elijah’s book, I am loving Damien’s!

I haven’t read Dragon Bound yet, it is on the Wishlist though so I will probably get it soon.

Haha yes! Blue Shedevil she should have made him work for it. Left him begging for mercy, she was far too forgiving!

Well…granted it’s been a while since I read his book…but, Gideon is like my favorite Nightwalker! I may be thinking about how he is througout the series though. So, ladies, don’t give up on him. And quit doggin my dude!