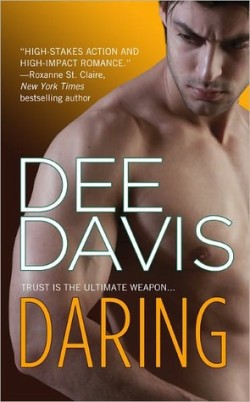 First thing I need to clarify is that I’ve never read anything by this author and I’m not familiar with the A-Tac series. Now, that being said, I was able to fully enjoy this short story even without having any background.Lara was part of the A-Tac team, working for the CIA until her husband Jason died tragically. She needed to get away and the only way she found to get away and cope with her grief, or just hide it, was to go hide in Africa, in a settlement where she could do humanitarian medical services. She’s been there now a year. She’s still a basket case about losing her husband. I felt she wasn’t truly ready to get a HEA. At the beginning of the book her emotions were still very raw, she was still broken, and hadn’t let go of the memory of Jason.

On the other hand we have the hot Aussie mercenary, Rafe. He’s been lusting for Lara, and falling in love with her, since she came to Africa and their little settlement.

Things get complicated when her clinic is attacked by militia and she is kidnapped. Her only hope is Rafe coming for her. And after that is one twist after another! The suspense was actually good and kept the story interesting, instead of having one sex scene after another.

In the end, his feelings felt real, his attraction to her and hopes for the future were justified. But in her case, I thought it was forced and too quick. A simple we are couple and care about each other would’ve worked much better for me than her going from “I don’t want to be a notch in his bedpost and don’t really like him” to “I love him” in about 24 hours.

I am intrigued to read about the A-Tac team now, being that technically this story doesn’t involve one of their missions or current team members. I enjoyed Ms. Davis’s writing style! 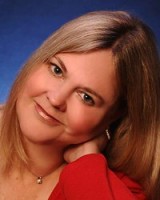 Award winning author Dee Davis worked in association management before turning her had to writing. Her highly acclaimed first novel, Everything In Its Time, was published in July 2000. Since then, among others, she’s won the Booksellers Best, Golden Leaf, Texas Gold and Prism awards, and been nominated for the National Readers Choice Award, the Holt and two RT Reviewers Choice Awards. To date, she is the author of twenty-two books and five novellas, including her current A-Tac series and Chain Reaction. When not sitting at the computer, Dee spends time exploring Connecticut with her husband, daughter, and Cardigan Welsh Corgi.

Ahh I requested this one from netgalley and then the time ran out…I’m quite sorry it did now!

Thanks Nic!
It was a nice introduction for me to the series! Sorry you didn’t get to read it.