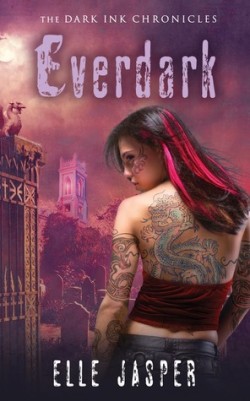 This is a difficult book to review and even rate. There are things that I loved about it, and things that were, well… boring!

This book picks up kinda where the last one left off. Riley was bitten by both Arcos brothers and she now has to deal with having strigoi tendencies. She is experiencing a sort of “detox” period and is taken by the Dupres to Da Island. She has some times of lucidity and times where she goes crazy and wants to take a bite out of everyone. So up until now I was enjoying the book alright. But this kept going on and on.

First of all, let me pause here for a minute to daydream. Eli is HAWT! He has come to terms with the fact that he is in love with Riley. For the first time in his whole existence. And he has no problem showing her just how much she belongs to him. Tell me what girl can resist him? Of course Riley doesn’t and she just has to jump his bones at every opportunity. Which was fine with me 😉 As a couple they are great. These are the parts of the book that worked for me. Their chemistry, their interactions, their connection. Loved it.

OK, back to reality. When Riley finally tries to go back to a normal life after she’s been reunited with her brother, who only has tendencies as well, and they both been properly trained in their new abilities and the proper way of fighting and killing vampires. After there are a bunch of vampire newlings running around. But then Victorian starts showing up in Riley’s head again. And the bitch won’t tell Eli!

OK, I’ll admit I actually started having a bit of a soft spot for Victorian. He is obsessed, a bit psycho, but he’s tender! LOL

Except that’s not the only visions/visits Riley has. Someone else is inside of her head. She starts seeing a vampire continuously raping and killing human females. She has to feel everything that he was feeling, and seeing the terror in the victims faces as if she was there. But she can’t do anything about it. It’s as if she’s trapped in the killers conscience. But how can that be possible? The only other possible candidate for getting in her head is Valerian, and he’s dead. Isn’t he?

So they are dealing with stopping a monster that’s killing humans, finding Victorian, a group of newling vampires that’s going crazy around town and surrounding areas. But with all that going on the pace of the book seemed slow to me. I can’t quite put my finger on the why.

Onto something else I liked. New character alert: Noah!!! I think he’s adorable! Dreads and all! Especially every time he calls Eli a “Lucky fuck!”. Luc is another favorite of mine, I’m glad we get to see plenty of him in this book, and I hope he gets together with Nyx in the last book of the trilogy. They’d make the cutest couple.

I love that this author does the accents for Preacher, Estelle and Garr. Those bits where always so much fun to read, refreshing at times.

However, the ending? Why? What a mess! For a smart, kick ass, usually pretty level-headed girl, Riley made a mistake going at this alone and putting her trust in a certain someone. Eli is going to be majorly pissed!!!! Oh well… I guess we’ll just have to wait for the spectacular make up sex then! LOL 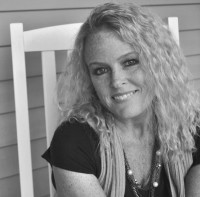 I love the covers of these books.

I loved the first book and can’t wait to read this, although I must say your boring comment had me doubting this one for a minute!! I’m also on Team Luc and Nyx and think Eli is extremely HAWT! 😉

The boring part was mostly because they did a lot of waiting for things to happen.

I really love the covers and have wanted to read them just for that 🙂 Thanks for sharing today.