For those of you following the Vampire Kisses series, be sure to get your copy of Cryptic Cravings (Book # 8) today!

The morbidly monotonous Dullsville has finally become the most exciting place on earth now that Raven is madly in love with her hot vampire boyfriend Alexander, and a crew of vampires has taken residence in Dullsville’s old mill. Raven discovers Jagger’s plan to open a new club, The Crypt, right here in Dullsville. But is it her dream come true, or her worst nightmare? Raven and Alexander have to figure out what the nefarious vampire has in store for Dullsville’s teen and vampire population. Can Raven convince Jagger to listen to her plans to make the Crypt the morbidly magnificent dance club it could be? Will it be safe for mortals and vampires alike?

And as Sebastian and Luna’s relationship heats up, Raven wonders about her own amorous fate: Will Alexander ever turn her? Does he crave her and does he want to spend eternity together? And what does she really want?

With cryptic secrets and cravings, this eighth installment in the Vampire Kisses series is a romantic and mysterious thrill ride. 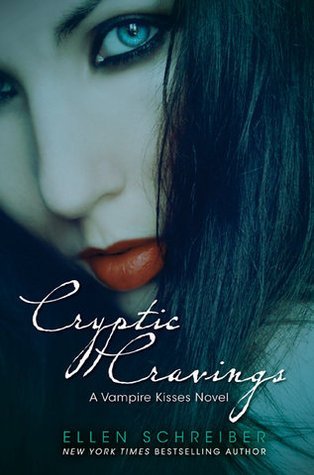 i thought the series was over! it’s one of the few YA books i’ve read! *runs over to amazon*

now to remember who everyone was…..

LOL I went through all the books in this series last summer, they were my laying-out-in-the-beach reads! So, I’m with you on trying to remember who everyone is, but I’m excited to read it!!!