There have been some new cover releases this past week and I’m dying to share them with you all. Ironically enough, all these authors who I’m about to talk about are some of my favorites! So let’s get started!

Lara Adrian, author of the popular Midnight Breeds series has just revealed the cover of Sterling Chase’s book, entitled Darker After Midnight. This is the tenth book in her paranormal romance series and this book has a release date of January, 25, 2012.

There is also more great news for lovers of this series because…Lara has recently signed on to write another two books in the series, and there will also be an exclusive, e-book original novella coming out later this year. We know a lot of you will want to know if the novella will be Gideon and Savannah’s story. Not this time, but Lara definitely has plans to tell their story in the near future. Isn’t this great news!?

What do you think of the cover? I think it looks very sensual! I love it! But when I first saw this, my eyebrows shot up becauuuuuuse….CHECK THIS OUT!!

This is Shayla Black’s cover for her upcoming book entitled Belong to Me. This is the fifth book in her Wicked Lovers series! Same picture, right? But it looks like the guy in Lara’s cover has a little more hair. Okay, maybe I’m looking too much into this! I’m playing “spot the difference!”

Belong to Me will be released on October 4th, 2011 from Berkley Heat.

She’s undercover and in over her head…

He’s got everything under control…until he falls for her again.

Navy SEAL Logan Edgington once left the woman he loved to save her life. He knows Tara will never forgive him, but he has no doubt that he possesses the knowledge to master her fears and the strength to guide her through an unfamiliar world of pleasure and pain. He alone can protect her on a dangerous mission that reveals both wicked depravities and terrible secrets. Logan relishes the exquisite torture of holding her again, feeling her uninhibited response. No matter how much Tara insists their fling will end after this mission, he’s determined that she will be his again—and this time, he’ll never let her go.

And now, last but not least! Kresley Cole has just revealed her newest IAD cover! Lothaire is one of my favourite characters in her entire series! What do you think of the cover???

I say this countless times so you’re probably bored of it now, BUT I LOVE PAUL MARRON! What do you think of his sultry red-eyed stare? It …kinda freaks me out! He looks good, but kinda freaky too, which I think matches Lothie! He’s even got the pale hair!

The one thing I’m not exactly thrilled about is the book titled. Lothaire? Really? I know I used to complain in the early days about all the alliteration in Cole’s titles, but LOTHAIRE just seems a little boring compared to all the other cool titles.

That’s it for this edition of Covers to Covet!! 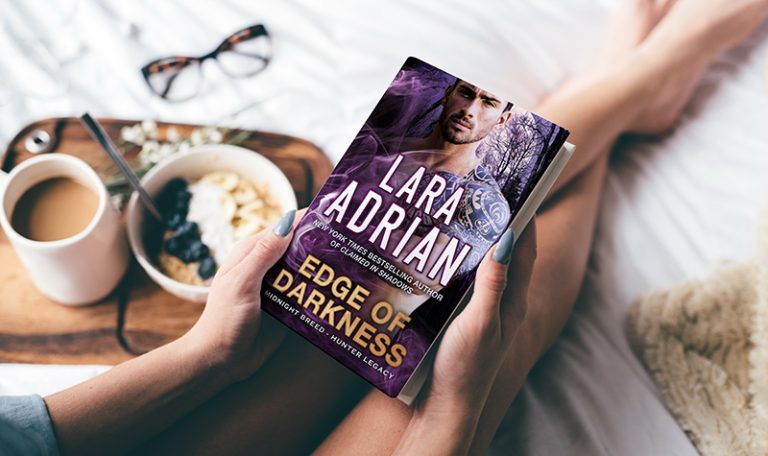 I didn’t know about the Shayla Black cover

I love the cover to Shayla’s book! Very sensual! I can’t wait to read it!!

I know it’s you that write this post Ann,LOL!
There’s so much same cover case, like what happen to Lara Adrian’s book. Damn, Nalini’s Kiss of Snow, have the same cover with books from another publisher.
For Hardcover edition, it’s like the publisher not so creative 🙁

ha ha! How did you know? Is my writing that obvious or maybe my obsession with PM? 😛

Yeah, I found out that Lissa Matthews’s Sweet Caroline cover has the same guy on it as Kiss of Snow!

Your obsession with PM, LOL!

Not just Lissa Matthews books, but there other book have same cover like KoS too! I can’t remember the title. There’s so many “same cover case” like this. I’m glad Lothaire’s book at last have an original cover 🙂

Ahh, boo! I hate when they do that. You’re right. Especially for hardcover books where we have to pay MORE, they should put more effort into their covers.

And Yes, I can be a tad obsessive 😉